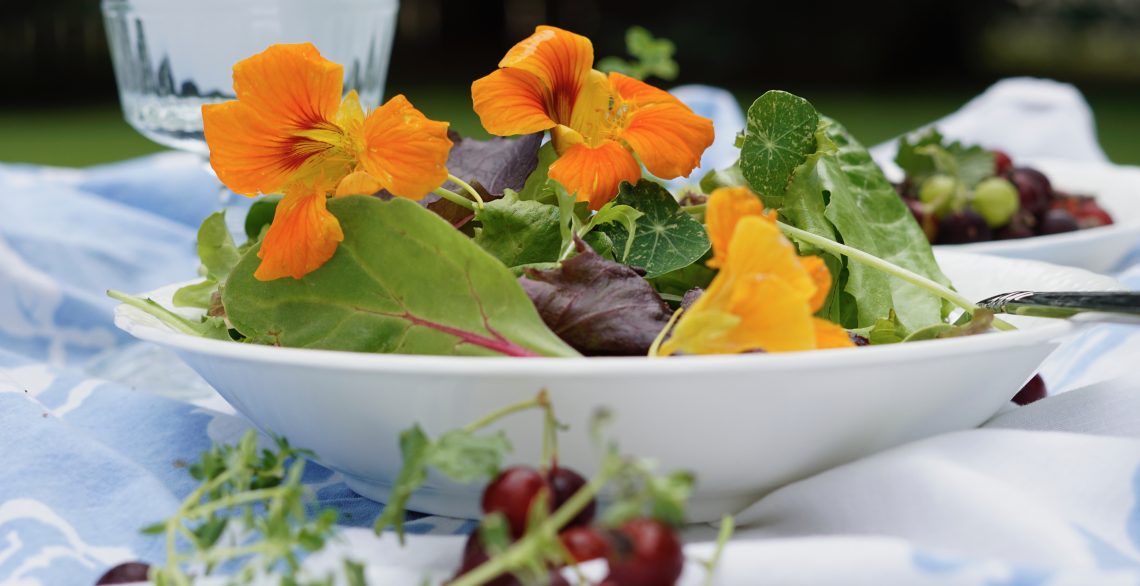 There is no cheese on The Perfect Little Pizza and you won’t miss it! The creamy cashew blend is a satisfying sauce that will make you forget cheese exists! Lol! I add it to veggies, sandwiches, and salads too. It’s so versatile. you’ll love it!

Dr. Neal Barnard addresses cheese cravings in the book The Cheese Trap, explaining the science behind our addiction to cheese. He along with Dreena Burton offer cheese and salad dressing alternatives to help you break your cheese cravings. Here is my favorite cheese replacement which I use on salads and veggie pizzas:

The parmesan replacement I show here is made of almonds, lemon juice, and nutritional yeast. Nutritional yeast has a cheese flavor and is a great source of vitamin B12. Another recipe I use often and included in this book is the tasty ranch dressing.

Cheese is one of the most significant contributors of saturated fat in the Standard American diet. On average, a tablespoon of fat contains 100-120 calories. For those of us whose metabolism is slowing down, a tablespoon of added fat, regardless of the source, can quickly become a significant portion of our calorie intake and easily pushes us over our ideal calorie consumption for the day. Also, fat from cheese or a processed source does not include fiber which allows us to eat more before feeling full, hence our tendency to over-consume.

Our cheese consumption, according to this USDA report, has increased from about one-third cup per day per person in 1974 to nearly two-thirds cup per person per day by 2014 and the trend is continuing upward. In 2015, Americans consumed about 35 pounds of cheese per person per year. A little may not hurt you, but “a little” is a relative term. The American Heart Association suggests no more than 120 calories from saturated fat, which is about 13 grams or less than a tablespoon.

Harvard Health discusses fats here: Reminding us, as T. Colin Campbell does, in the book Whole, the best sources of good fat are from whole foods such as avocado, nuts, and seeds such as flax, chia, sunflower, sesame and hemp for example, which include the fiber and nutrients. Serving size is still important, but whole food tends to be more satisfying.

Dan Buettner studied the world’s blue zones which are areas around the world that have the healthiest people. He wrote about his findings in the book The Blue Zones. People living in these zones did not have a diet high in meat and dairy; in fact, their diet consists of and centers around food such as sweet potatoes, legumes, and other whole foods. Osteoporosis and other diseases common in areas consuming the Standard American Diet are generally unheard of in these areas.

A note of caution, palm oil, palm kernel oil, and coconut oils are considered saturated fats though they are plant-based. The palm oils are used often in processed foods, so reading ingredient labels is always essential. Vegans often include coconut oil and coconut butter in food. For those of us watching calories and cholesterol, this is not a good choice. You will find coconut oil in alternative (non-dairy) cheeses, recipes, and vegan processed foods. I avoid them completely.

Change is possible. In this YouTube video Dr. Joe Dispenza, D.C. eloquently explains a method of retraining your brain which can be applied to many areas in our lives including eating habits. He uses a refreshed version of theory with roots as far back as the ancient Greek philosophers such as Epictetus and Socrates. Here is his book Evolve Your Brain which delves further into this method and theory.

Disclaimer: This is not to be used as medical advice. Always refer to your Doctor about health and diet related changes